1 month ago 50
Ads by Adpathway

Disclaimer:  This site is not affiliated with the National Hurricane Center, Hurricane Hunters, Storm Prediction Center, or National Weather Service.  ALL forecasts herein are the result of my analysis, and I am solely responsible for the content.  As ALWAYS, follow the National Hurricane Center, National Weather Service, and your local Emergency Management officials for emergency decisions.  In addition, this is strictly a FORECAST OFFICE.  I CANNOT make decisions regarding travel plans, etc.  My purpose, is to provide you the information, based solely on information I analyze, and the accuracy of the information at hand of the time of analysis, so you may make informed decisions.
(T. F. “Storm” Walsh)

For those who have donated to my site, your help has been greatly appreciated.  If you are not aware, donations to my site help pay for subscriptions to sites I use as well as software updates, which provide all the models and information used in my forecasts.  To donate, please click the DONATE button to the right side of the page, or on the graphic of the dog.  Any help you provide is immensely appreciated!
DONATIONS ACCEPTED AND APPRECIATED

Please be aware, even though I do not post every night, rest assured I am continuously monitoring various areas for any significant weather.  I will be taking Sundays off (family time), unless we have active systems that may be posing a threat (i.e. Tropical, Winter Weather, Coastal Storms, etc.).
STORM WALSH PRE-SEASON FORECAST
TOTAL NAMED STORMS: 17 – 20
TOTAL HURRICANES :        7 – 9
MAJOR HURRICANES:       4 – 5

The following is the list of storm names for the 2021 Atlantic Hurricane Season:
Ana Bill Claudette Danny Elsa Fred Grace Henri Ida Julian Kate Larry
Mindy Nicholas Odette Peter Rose Sam Teresa Victor Wanda
As a storm becomes named, I will be marking it in bold red to keep track of the activity for this Atlantic season.

Please note..when we are dealing with multiple systems, they will be listed in order as to the greatest threat to land or the U. S. , to the least threat.

Today, I am beginning with INVEST 96L.  Satellite images indicate INVEST 96L has not become any better organized.  In fact, it appears that some earlier wind shear has pushed the convection toward the east, as the LLC can be seen exposed to the west in visible imagery.
INVEST 96L SATELLITE ANIMATION IMAGERY

The most recent shear map from CIMSS seems to indicate however, shear may be on the way to relaxing, as the “center” is in a low shear area.  The upper level wind pattern hasn’t really changed since yesterday.  Analysis of forecast wind shear, 200 mb streamline pattern, and 500 mb relative humidity indicates the wind shear pattern is forecast to slowly improve, and become more conducive for development as 96L approaches closer to the OBX of the Carolinas.  The 200 mb pattern does not indciate radial outflow for the system, however a northern outflow channel will remain present, and the system will be under the effect of the right entrance region of the jet-streak to its north.  The 500 mb RH forecast shows plenty of moisture present from now, until the system begins to move away from the U. S. coastline, where intermittent dry air intrusion may occur.  Based on this, if forecast conditions pan out, I believe slow organization should occur during the next 5 days, and a depression could develop within the next 48 – 54 hours.   I feel at the moment this may occur closer toward the OBX (Outer Banks).  Analysis of the current intensity guidance models brings 96L to strong tropical storm status by day 4.  However, given this is the initialization period, and there is lack of a well organized LLC, this should be considered low confidence until such a time we have a well organized entity.  The NHC has designated a HIGH (70%) probability for cyclone development during the next 5 days.
CIMSS WIND SHEAR MAP

Based on analysis of forecast steering layers over the next 5 days, it does appear that 96L will follow the NHC hatched track area, which is currently along with model guidance.  Guidance has been consistent in this track, however slight changes could occur if and when 96L becomes organized.
ATCF 12Z TRACK GUIDANCE

I will continue to monitor 96L during the next 48 hours for any significant changes.

Analysis of current shear and upper level winds product from CIMSS indicates 95L is in a favorable environment of low shear.  The upper level winds indicate the pattern noticed yesterday of possible start of radial outflow, has since disappeared, with winds now out of the east over the system.  Given the system is moving west, this should nullify any adverse effects at the moment.
CIMSS WIND SHEAR AND UPPER LEVEL WINDS MAPS

Based on analysis of the shear forecast and 500 mb moisture forecast, conditions appear to remain favorable out to 120 – 138 hours in the forecast period.  After this, both the GFS and ECMWF tend to dissipate the system.  This is most likely due to forecast conditions showing an increase in dry air on the western portion of the system, with some intrusion, and the increase of wind shear.  However, analysis today provide a monkey wrench in the works, with both global models indicating very different conditions after days 5 and 6.  The ECMWF indicates a not as favorable shear pattern, while the GFS is forecasting conditions to improve, and becoming very favorable.  Based on analysis of surface winds forecast from both models, 850 mb vorticity, and 500 mb vorticity, the ECMWF keeps a “remnant” on the map, while the GFS regenerates 95L, and introduces a 960 mb hurricane very late in the period, which comes close to the U.S. in the long range.  As far as track and intensity that far out (I don’t like sticking my neck out beyond 5 – 7 days), it remains to be seen.  However, with that said, although I would normally poo – poo the GFS, it DID nail hurricane NICHOLAS pretty much both on track, and nailed the intensity, as in its surface map forecast, indicated a pressure of 991 mb at the time of landfall.  You will see the shear forecast and RH forecast in the following animations for the 5-6 day period.  Thereafter, I have  circled the areas where the differences occur between the ECMWF and GFS as far as the shear forecast.  It is noted however, that the ECMWF does show a relaxation in wind shear intensity.  Based on my analysis, 95L should continue to become better organized, and a Tropical Depression could form within the next 48 hours.  Based on the forecast pattern, should it come to fruition, 95L could become a Tropical Storm soon thereafter.  Current guidance does indicate a strong Tropical Storm at the moment, and I cannot rule this out.
GFS WIND SHEAR FORECAST ANIMATION (FOLLOW THE BOTTOM OF THE ANIMATION)

The NHC has designated a HIGH (90%) probability of cyclone development.

INVEST 95L continues to move toward the west.  Based on my analysis of forecast steering, I expect this motion to continue for about the next 48 hours, before taking a more WNW motion.  Guidance is in good agreement on this, and I prefer the southern most track guidance which includes the consensus models TVCA / TVCE.  After the 5 day period, it will all depend on how strong the system may be, and the future state of the sub-tropical ridge.  I do feel right now there is a good probability this system may move further west, via WNW motion, as analysis of the 500 mb heights map seems to forecast ridging (pink and red) to build on and off, not allowing for the weakness (brown) to protrude too far south.  Again, this will remain to be seen, as beyond 5 days in the period, the pattern can change.
ATCF GUIDANCE

I will continue to monitor this system during the next 48 hours for any significant changes.

The following map will allow to to get information from your NWS office.
NWS WATCH / WARNING DISPLAY (LINKED…CLICK MAP, THEN YOUR AREA)

RAP RADAR (CLICK IMAGE THEN RADAR SITE…ONCE YOU CLICK THE SITE, GO TO LOOP DURATION TO CREATE A LOOP)

You may direct any questions by contacting me personally, ANYTIME, at: [email protected]

Have a blessed day!

I am a Tropical Forecast meteorologist, providing hurricane forecasts during the Atlantic Hurricane Season. I retired from the U.S. Coast Guard in July of 2001. Meteorology became my passion in high school, and I have continued my educational background in meteorology since 1996, when I undertook the study of Tropical Meteorology. While working toward my degree, I had to unexpectedly withdraw from college due to my oldest sons medical reasons. I do however, meet the educational criteria of the AMS to be recognized as a meteorologist. Studies include, but are not limited to the Navy Aerographers Mate course, Naval METOC meteorology course, Meteorology 2010 Sophomore level course while attending St. Petersburg College, Clearwater, FL., Basic Forecasting course for operational meteorologists from Rapid WX, meteorology institute, a four month meteorological internship, and extensive research on numerous meteorological topics such as the MJO, NAO, satellite imagery interpretation, etc. I have been forecasting Tropical Weather (Tropical Storms and Hurricanes) since 1996, with my main client being three different Coast Guard Commands.

New UK nuclear power plant to get go-ahead before next elect... 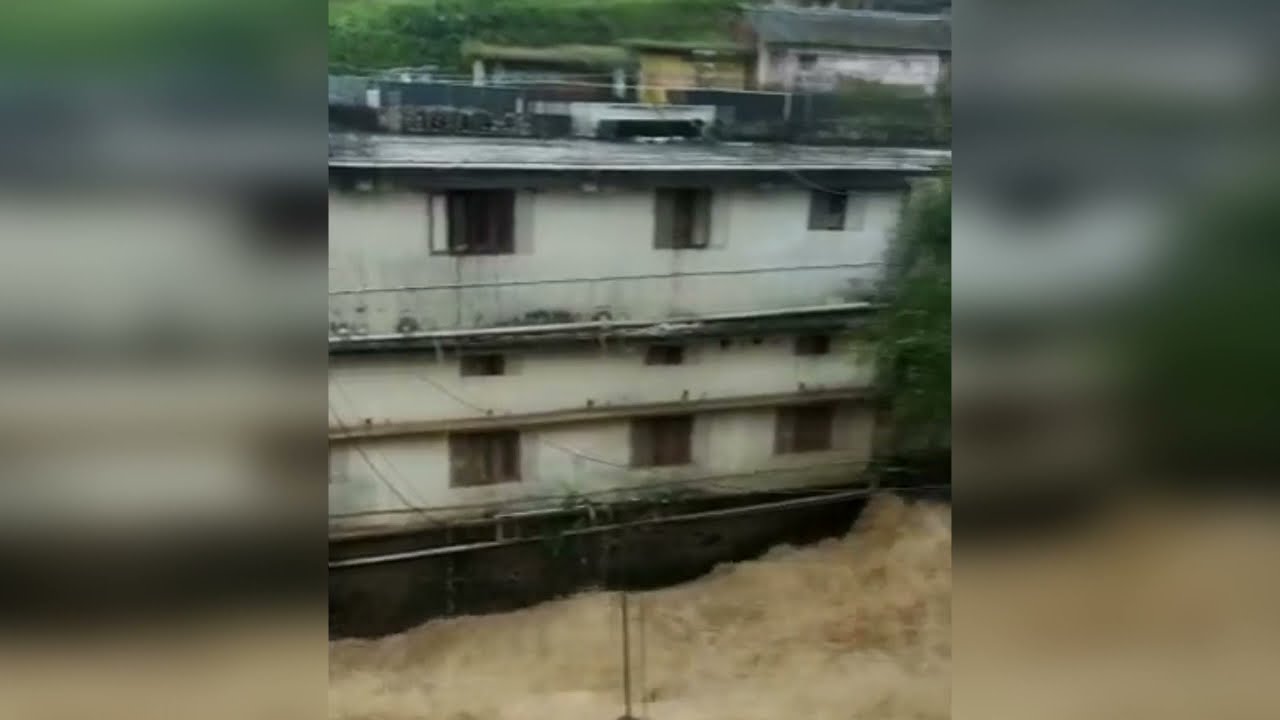 Apocalypse in India! Terrible floods and landslides in Keral...