7 years ago 95
Ads by Adpathway

From spider lightning to bolts shooting out of tornadoes. Here are my best lightning strikes caught on camera over the last 20 years. For licensing contact [email protected] More info and facts: #10 Was caught in 2014 on a Kansas interstate. In slo-mo you can see the distant discharge triggering the closer strike. #9 was bagged under a tornadic supercell near Lincoln Nebraska. What makes this bolt so striking was it's bizarre looping path. #8 Occurred on May 31, 2013 near El Reno Oklahoma. This historic and horrifying day saw the birth of the world's largest tornado at 2.6 miles wide... And the fact that there's a bolt of lightning shooting out of it's massive infant side makes this strike worthy of this list. #7 was summoned over Devils Tower in Wyoming in June of 2013. Anvil Crawler lightning also called "Spider Lightning" due to the way it scampers across the sky is one of nature's most dramatic displays. I've photographed hundreds of anvil crawler webs, but only once lurking over a paralyzed 1956 Mercury Monterrey. That's why this lightning strike is #6. # 5, 4 & 3 all come from one intense evening. In June of 2010, a violent storm in North Texas was bombarding the Earth with constant bolts of negative and positive lightning... When the strikes are slowed down you can really see individual flashes that make the lightning flicker. It's an incredible super long mega bolt and it's 14 separate flashes that scores number 5 on my favorites. *****CORRECTION: Positive flashes are usually composed of a single stroke, whereas about 80% of negative flashes contain two or more strokes (e.g., Rakov et al. (1994). Multiple-stroke positive flashes do occur but they are relatively rare. Heidler et al. (1998), from electric field measurements in 1995–97 in Germany, found that out of a total of 36 positive flashes, 32 contained one stroke and 4 contained two strokes. On the other hand, Lyons et al. (1998b), using NLDN data for 14 selected summer months from 1991 to 1995, reported on 1002 positive flashes (about 0.04% of a total of 2.7 million positive flashes) composed of more than 10 strokes. However, in the author’s view, it is likely that some of these multiple-stroke events are actually misidentified cloud discharges.***** Positive lightning is the most deadly of the bolts. They can leap from the tops of thunderstorms out to the ground up to 10 miles away. To complete this stealthy journey they can generate a billion volts... PLUS When these Daddies fire, they can heat the air to over 54,000 degrees F (30,000 C). That's over 5 times hotter than the surface of the Sun which is about 10,000 F. Because of their tendency to leap away from rain and low storm clouds, positive lightning is extra photogenic. #2 was a crazy perfectly framed anvil crawler discharge crashing to Earth between Brady and Fredricksburg TX in 2013. #1 was caught on camera on June 16th, 2014 in Northeast Nebraska. 2 tornadoes are on the ground as lightning strikes.
Read Entire Article 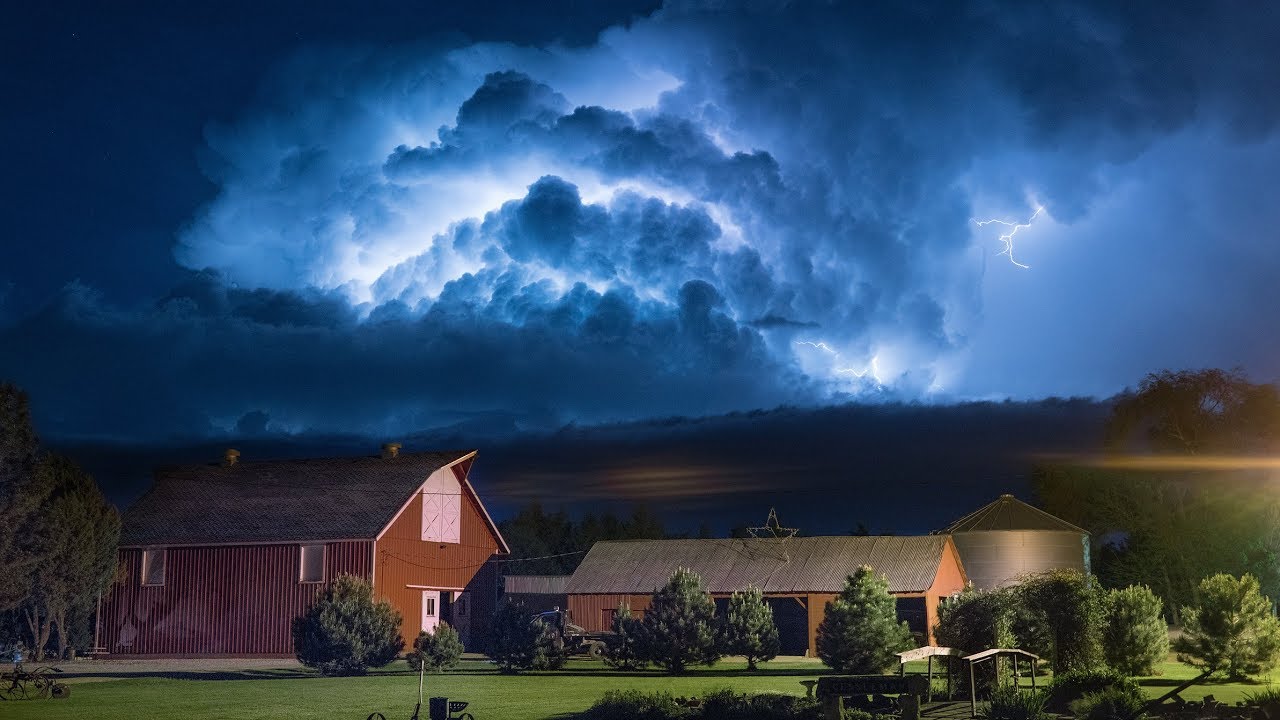 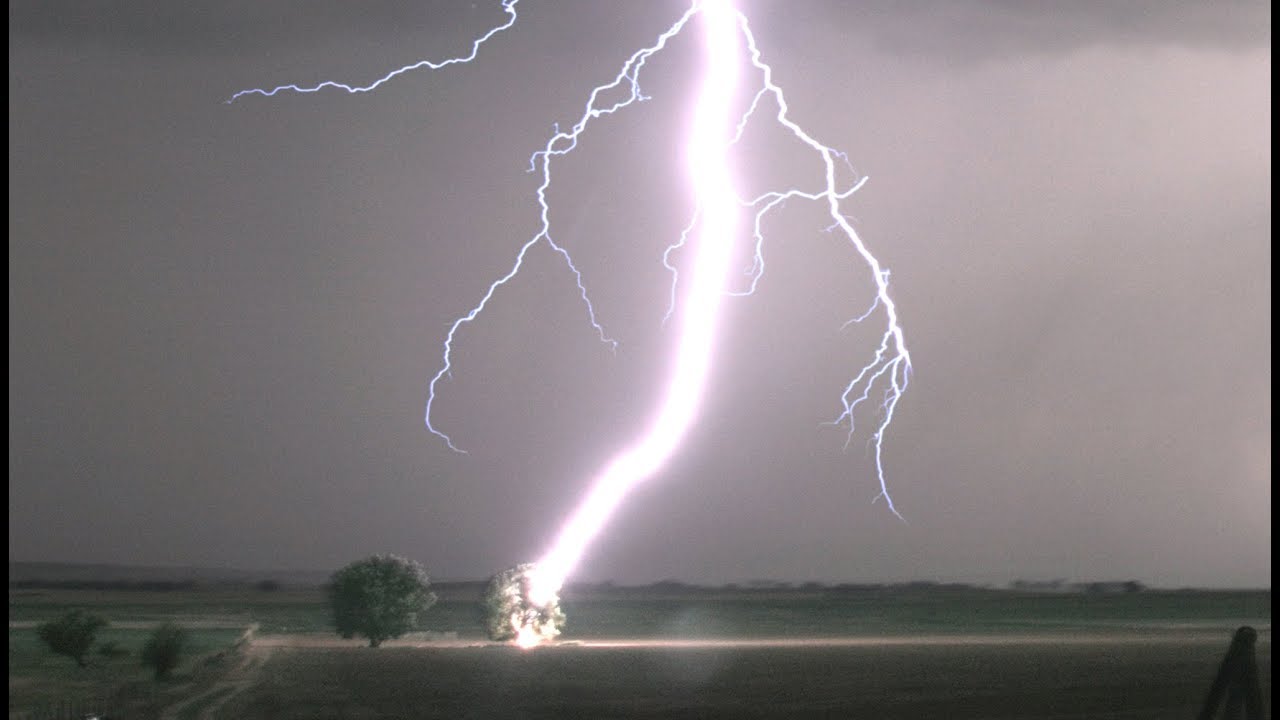 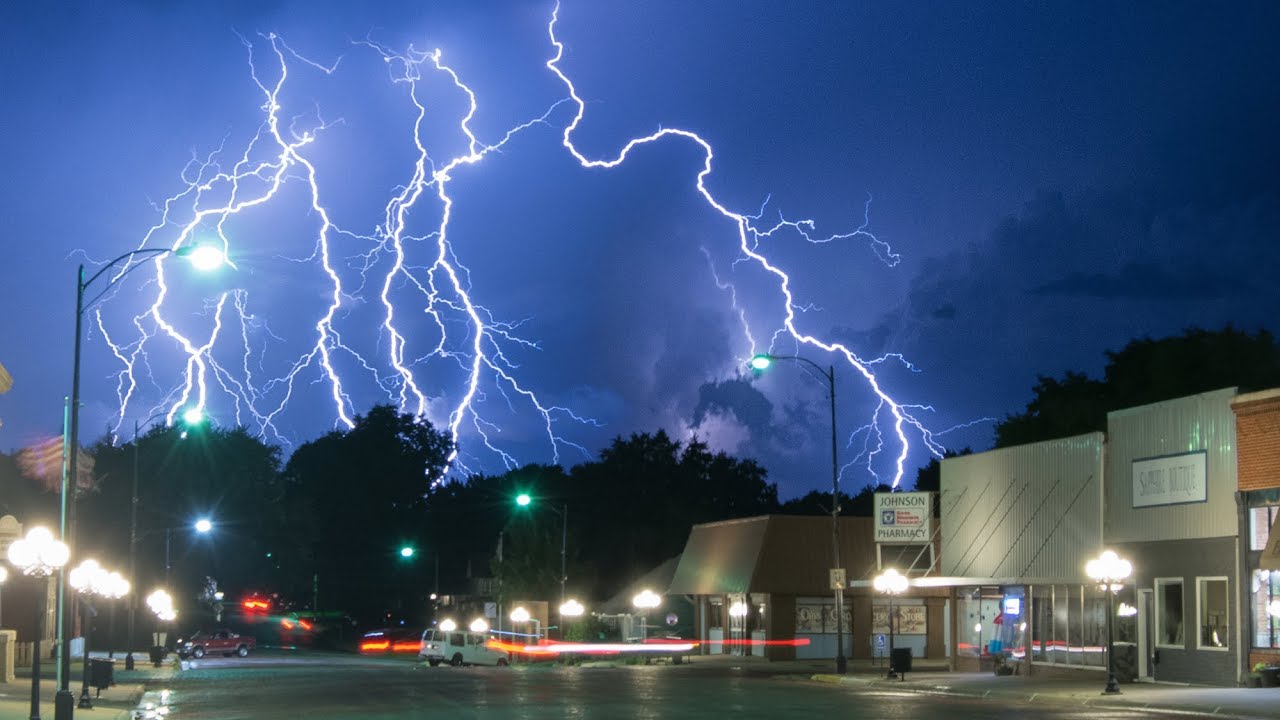 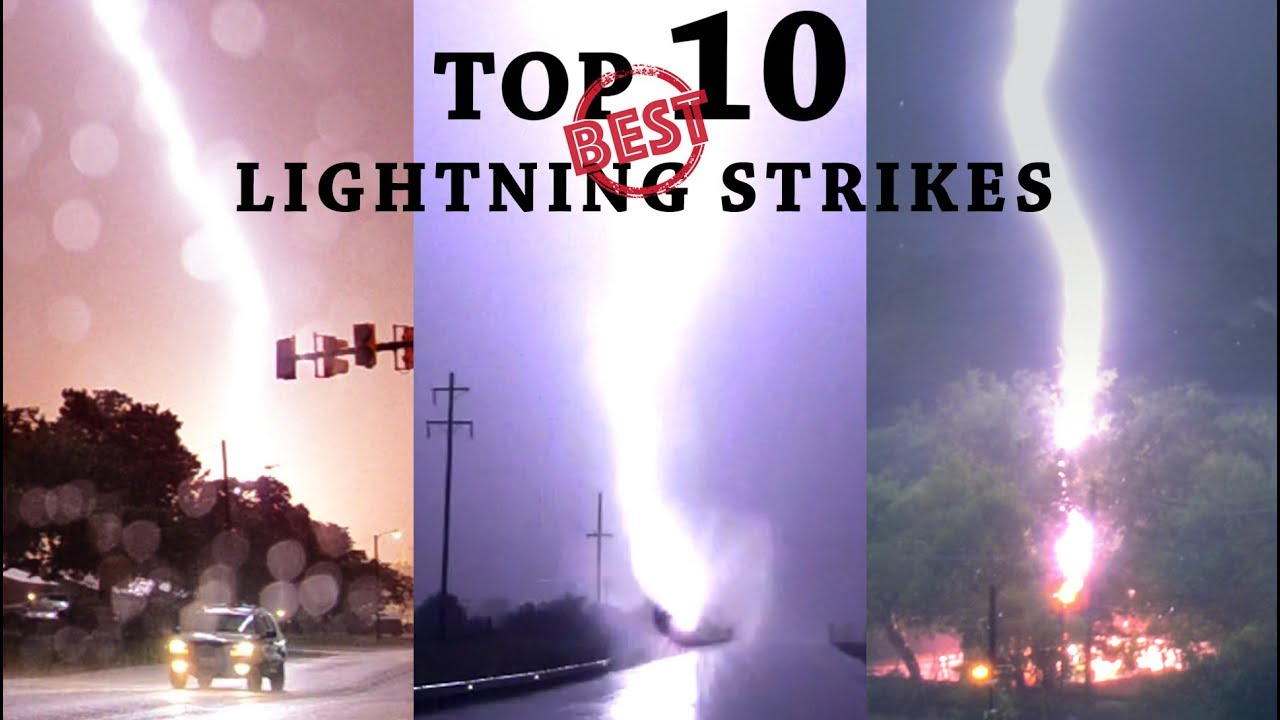 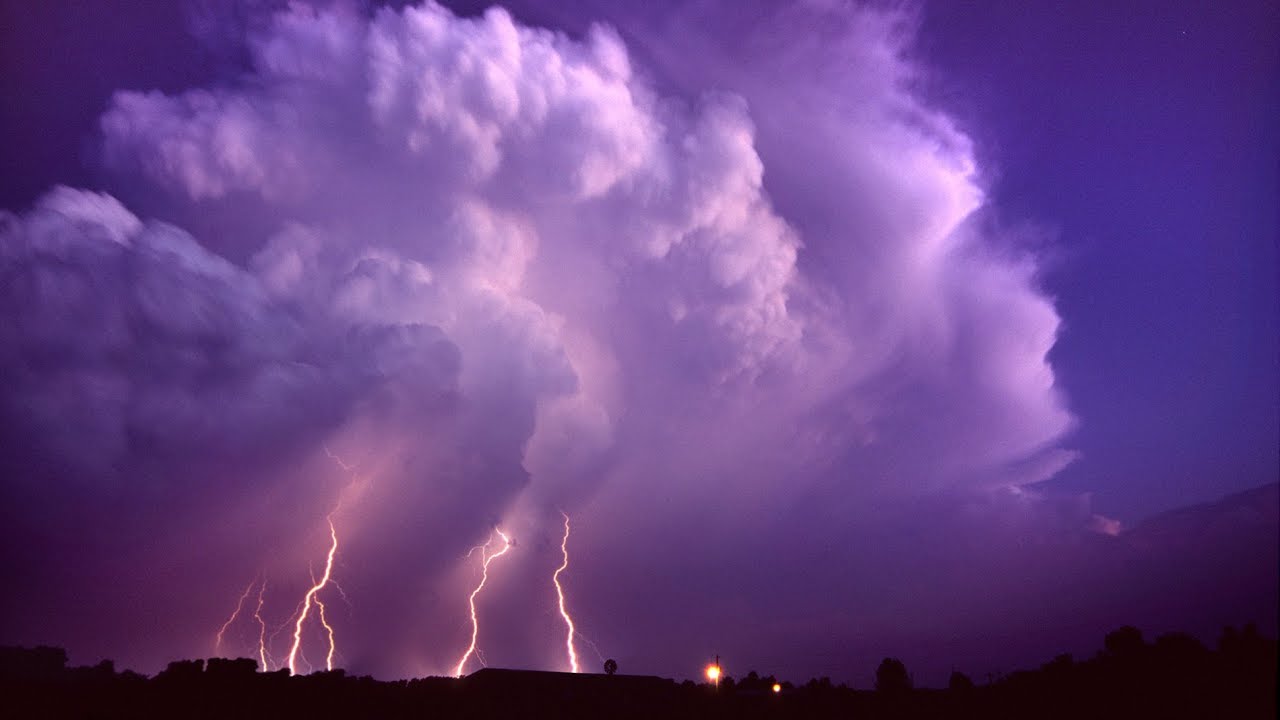 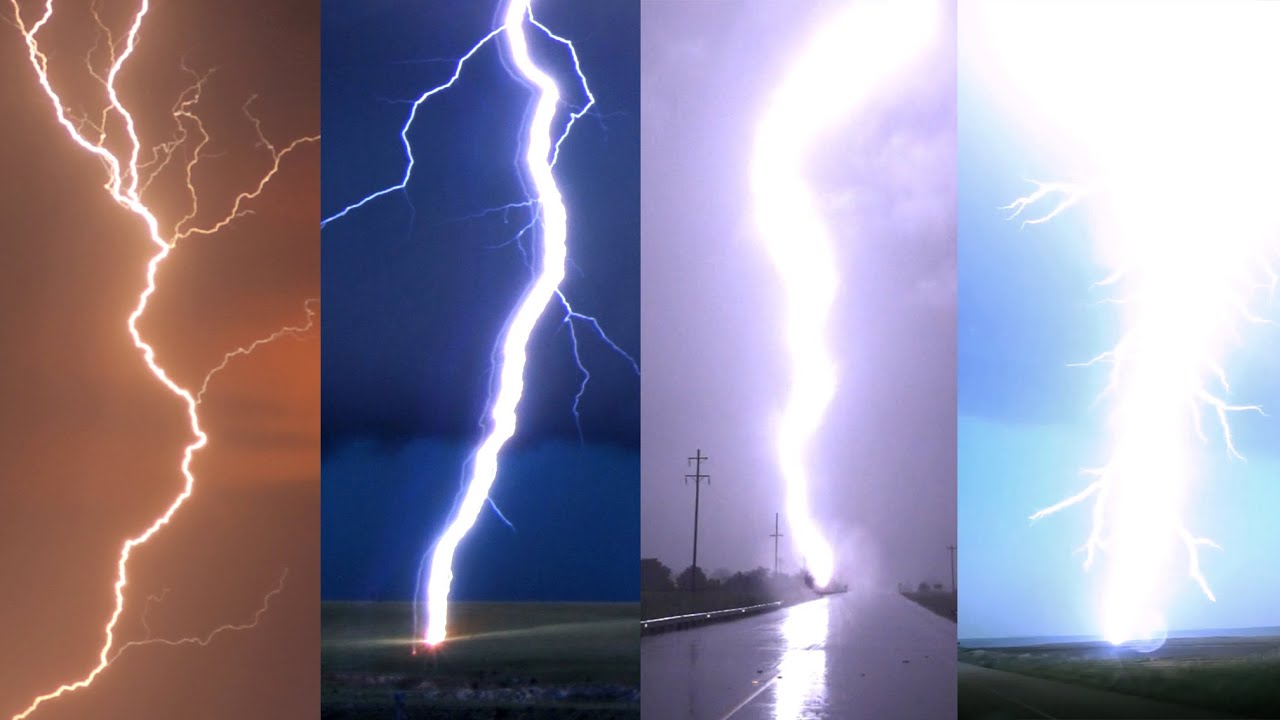