Disclaimer:  This site is not affiliated with the National Hurricane Center, Hurricane Hunters, Storm Prediction Center, or National Weather Service.  ALL forecasts herein are the result of my analysis, and I am solely responsible for the content.  As ALWAYS, follow the National Hurricane Center, National Weather Service, and your local Emergency Management officials for emergency decisions.  In addition, this is strictly a FORECAST OFFICE.  I CANNOT make decisions regarding travel plans, etc.  My purpose, is to provide you the information, based solely on information I analyze, and the accuracy of the information at hand of the time of analysis, so you may make informed decisions.
(T. F. “Storm” Walsh)

For those who have donated to my site, your help has been greatly appreciated.  If you are not aware, donations to my site help pay for subscriptions to sites I use as well as software updates, which provide all the models and information used in my forecasts.  To donate, please click the DONATE button to the right side of the page, or on the graphic of the dog.  Any help you provide is immensely appreciated!
DONATIONS NEEDED AND APPRECIATED

Please be aware, even though I do not post every night, rest assured I am continuously monitoring various areas for any significant weather.  I will be taking Sundays off (family time), unless we have active systems that may be posing a threat (i.e. Tropical, Winter Weather, Coastal Storms, etc.).
STORM WALSH PRE-SEASON FORECAST
TOTAL NAMED STORMS: 17 – 20
TOTAL HURRICANES :        7 – 9
MAJOR HURRICANES:       4 – 5

The following is the list of storm names for the 2021 Atlantic Hurricane Season:
Ana Bill Claudette Danny Elsa Fred Grace Henri Ida Julian Kate Larry
Mindy Nicholas Odette Peter Rose Sam Teresa Victor Wanda
As a storm becomes named, I will be marking it in bold red to keep track of the activity for this Atlantic season.

Please note..when we are dealing with multiple systems, they will be listed in order as to the greatest threat to land or the U. S. , to the least threat.

Good evening everyone,
Tropical Depression FRED had taken a jog more toward the west during the day, and is currently moving toward the west, a little further inland over Cuba than was planned.  In my analysis of satellite loop imagery this evening, the center was extremely difficult to see, however it appears to seem a little more disorganized and somewhat elongated.  Convection is seen flaring up, however this may be due to oragraphic lift over the mountains of Cuba.
WEATHERNERDS GOES 16 SATELLITE ANIMATION IMAGES

FRED is moving west, and based on analysis of the current layer mean steering, and analysis of the forecast steering flow, I expect this motion to continue during tonight, and then FRED SHOULD turn toward the WNW.  NHC mentions he should make the turn this evening, however based on the satellite motion of the disorganized center, the westward motion was noted as of current.  It is possible for the forecast track to nudge slightly west, and given the disruption of the center more than thought, I cannot rule out a center reformation once FRED exits back into the water.  However, model guidance seems much better clustered, and save any center reformation, or unseen change in the forecast steering, I agree pretty much with the NHC forecast track.
NHC TRACKING MAP

SUMMARY OF WATCHES AND WARNINGS IN EFFECT: A Tropical Storm Warning is in effect for... * The Florida Keys west of Ocean Reef to the Dry Tortugas * Florida Bay A Tropical Storm Watch is in effect for... * The southwest coast of Florida from Englewood south and east to Ocean Reef A Tropical Storm Warning means that tropical storm conditions are expected somewhere within the warning area within 36 hours. A Tropical Storm Watch means that tropical storm conditions are possible within the watch area. Interests in the Bahamas, Cuba, and in the Florida peninsula and Florida Panhandle should monitor the progress of Fred. Additional watches and warnings could be required for portions of the west coast of Florida and the Florida panhandle tonight or Saturday. For storm information specific to your area in the United States, including possible inland watches and warnings, please monitor products issued by your local National Weather Service forecast office. For storm information specific to your area outside of the United States, please monitor products issued by your national meteorological service. HAZARDS AFFECTING LAND Key messages for Fred can be found in the Tropical Cyclone Discussion under AWIPS header MIATCDAT1, WMO header WTNT41 KNHC and on the web at www.hurricanes.gov/graphics_at1.shtml?key_messages. RAINFALL: Fred is expected to produce the following rainfall amounts: Portions of Cuba...2 to 5 inches with isolated maximum totals of 8 inches. This rainfall may lead to scattered flash flooding. Across the Bahamas...1 to 3 inches, with isolated maximum totals of 5 inches. Today through Monday, 3 to 6 inches of rain is anticipated across the Keys, southern and central Florida north towards the Big Bend, with isolated maximum totals of 8 inches. Heavy rainfall could lead to areal, urban, and small stream flooding, and potentially worsen ongoing minor to isolated moderate river flooding over northern Florida. From Sunday onward, heavy rain and flood impacts could extend into inland portions of the Southeast and into the southern and central Appalachians and Piedmont as Fred interacts with a front in the area. WIND: Tropical storm conditions are expected in portions of the warning area across the Florida Keys on Saturday. Tropical storm conditions are possible in the watch area in Florida beginning Saturday. SURF: Swells generated by Fred are expected to spread across portions of the Bahamas and the northern coast of Cuba through tonight. These swells could reach the Florida Keys and southern Florida by early Saturday and increase along the west coast of Florida Saturday night and Sunday. Please consult products from your local weather office for more details. TORNADOES: There will be a risk of isolated tornadoes beginning Saturday afternoon over parts of central and south Florida.

The following are the current forecast precipitation totals for the U.S. from the WPC.
NCEP WPC TOTAL 7 DAY PRECIPITATION FORECAST

The following map will allow to to get information from your NWS office.
NWS WATCH / WARNING DISPLAY (LINKED…CLICK MAP, THEN YOUR AREA)

Analysis of water vapor imagery indicated the depression is surrounded by mid level dry air, however dry air intrusion, if any, appeared to be very minimal.  In fact, the moisture forecast based on RH values in the mid levels indicates improving conditions for both tropical systems.
WATER VAPOR ANIMATION

As of the 8:00 p.m. EDT intermediate advisory from the NHC, the following was available on T.D. SEVEN:
8:00 PM AST Fri Aug 13
Location: 15.6°N 53.1°W
Moving: W at 22 mph
Min pressure: 1010 mb / 29.83 in
Max sustained: 35 mph
ABOUT 580 MI…935 KM E OF THE LEEWARD ISLANDS
Based on the current steering layer mean, and analysis of the forecast steering flow, the depression should continue toward the W for approximately another 24 hours, prior to taking more of a WNW track.  Based on the 18Z track guidance, which was fairly clustered at the time, T. D. SEVEN could take a track somewhat similar to FRED.  However beginning at around 72 hours in the forecast period, the guidance becomes more spread.  Based on this analysis, and based on the amount of land interaction with Hispaniola, I have to agree with the current NHC forecast track.
NHC FORECAST TRACK MAP

SUMMARY OF WATCHES AND WARNINGS IN EFFECT: A Tropical Storm Warning is in effect for... * Antigua and Barbuda, Anguilla, St. Kitts and Nevis, and Montserrat * Saba and Sint Eustatius * Sint Maarten * St. Martin and St. Barthelemy A Tropical Storm Watch is in effect for... * British Virgin Islands * U.S. Virgin Islands * Puerto Rico, including Vieques and Culebra A Tropical Storm Warning means that tropical storm conditions are expected somewhere within the warning area within 36 hours. A Tropical Storm Watch means that tropical storm conditions are possible within the watch area, generally within 48 hours. Interests elsewhere in the Leeward Islands, as well as the Dominican Republic, should monitor the progress of this system. Additional watches and warnings will likely be required for these areas tonight or on Saturday. For storm information specific to your area in the United States, including possible inland watches and warnings, please monitor products issued by your local National Weather Service forecast office. For storm information specific to your area outside of the United States, please monitor products issued by your national meteorological service. HAZARDS AFFECTING LAND Key messages for Tropical Depression Seven can be found in the Tropical Cyclone Discussion under AWIPS header MIATCDAT2 and WMO header WTNT42 KNHC and on the web at www.hurricanes.gov/graphics_at2.shtml?key_messages. WIND: Tropical storm conditions are expected within the warning area over the Leeward Islands by Saturday night or early Sunday. Tropical storm conditions are possible over the Virgin Islands and Puerto Rico beginning on Sunday. RAINFALL: The depression is expected to produce the following rainfall amounts Saturday into Monday: Over the northern Leeward Islands and Virgin Islands...3 to 6 inches. This rainfall may produce scattered areas of flash and urban flooding. Over Puerto Rico...3 to 6 inches. Heavy rainfall could lead to flash, urban, and small stream flooding as well as potential mudslides.

I will continue to monitor FRED and T. D. SEVEN for any significant changes to the forecast atmospheric parameters, and intend to update again tomorrow evening.  I will not be updating Saturday, as I have plenty of personal business to attend to.

You may direct any questions by contacting me personally, ANYTIME, at: [email protected]

Have a blessed evening! 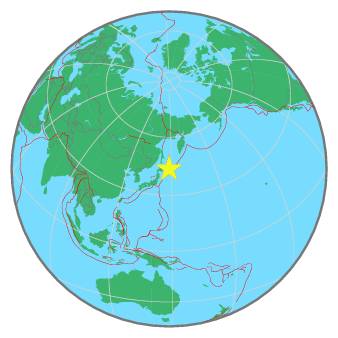 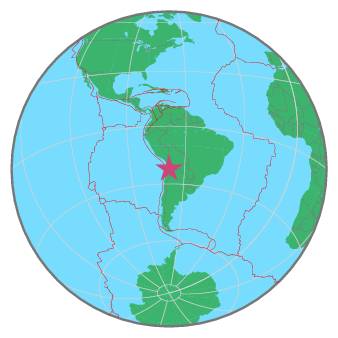 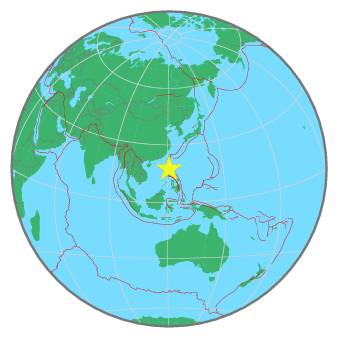 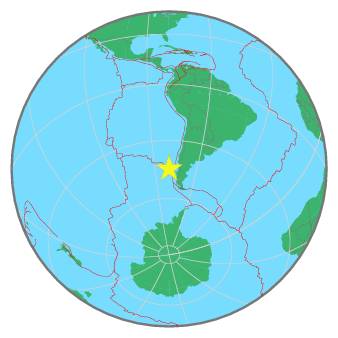 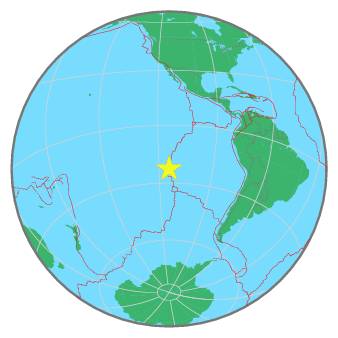 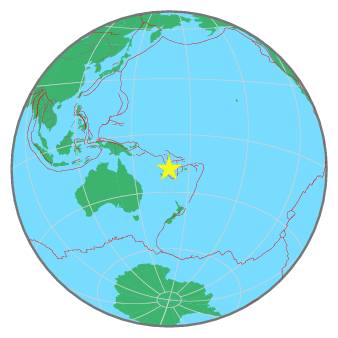